In recent weeks Boris Johnson, City Hall, and Andrew Gilligan (his cycling commissioner) have released plans for an ambitious network of dedicated, segregated cycle lanes across London. This really is a game-changer and exactly what Londoners have been asking for. However, with opposition springing up from the embattled and embittered motor lobby (as well as journalists or politicians that simply don't get it) it's extremely important than anyone who wants to be able to ride a bike in safety in London fills in the various consultations TfL have published so that far-reaching public support for these plans are noted and they don't get watered down, or worse, cancelled.


This route will run from Acton, along the Westway, through Lancaster Gate and the Royal Parks into Parliament Square, then along the Embankment and Lower and Upper Thames Street out through Tower Hill into Tower Hamlets. These plans aren't perfect, but they are a complete game changer from the horrible, dangerous and disgusting cycle environment currently found on many of these arterial routes.

These are big, important plans and need public support to make them a reality. 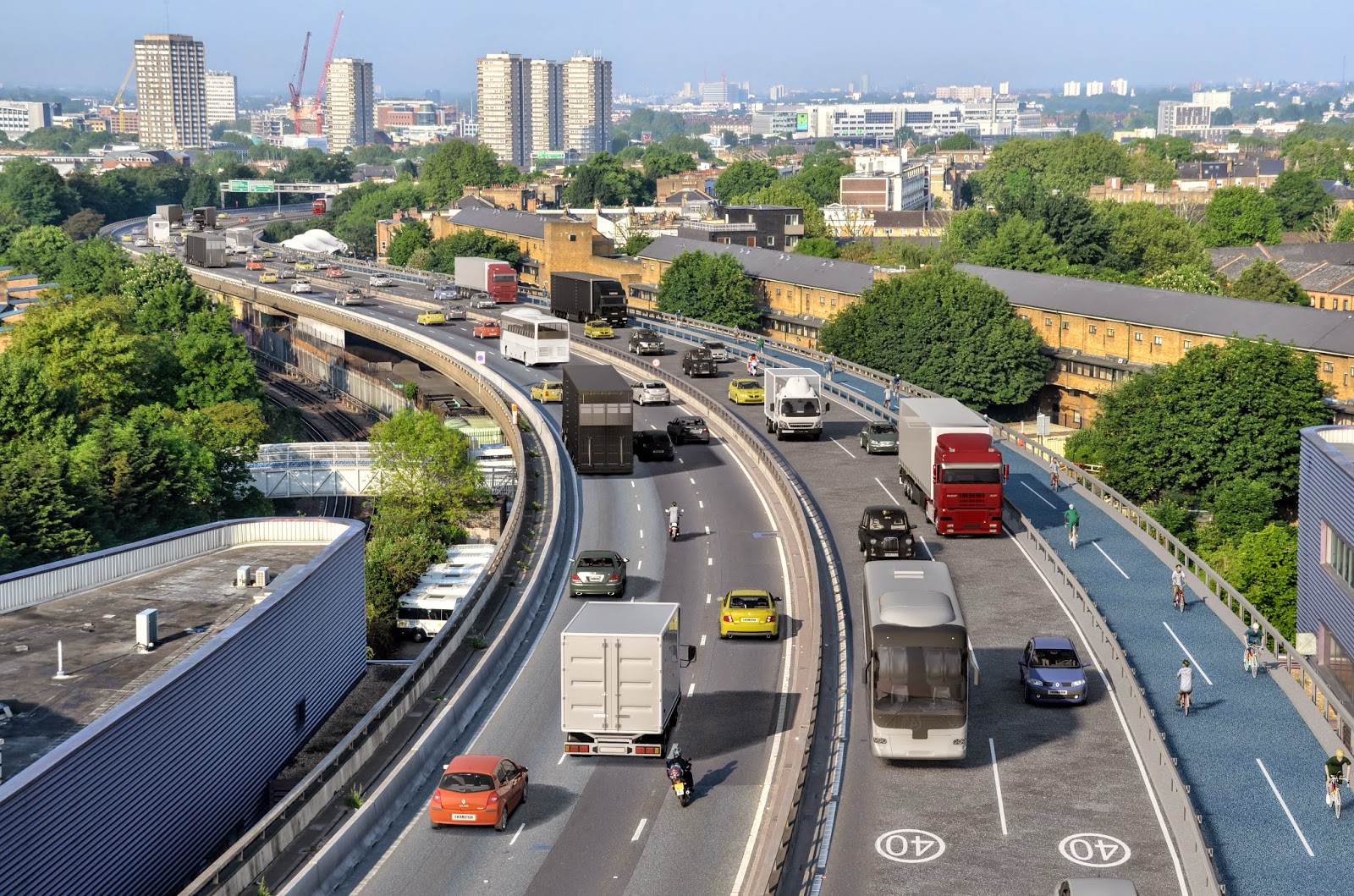 The Consultation on the East-West cycle highway plans is available here.

The North-South cycle highway will run from King's Cross station down Farringdon Road, over Blackfriars Bridge and down to Elephant and Castle. Again, it's a fantastic and much needed route and it will have a great intersection with the East-West cycle highway at the north side of Blackfriars Bridge. But, again, it needs your support to make it a reality.

The Consultation on the North-South cycle highway plans is available here. 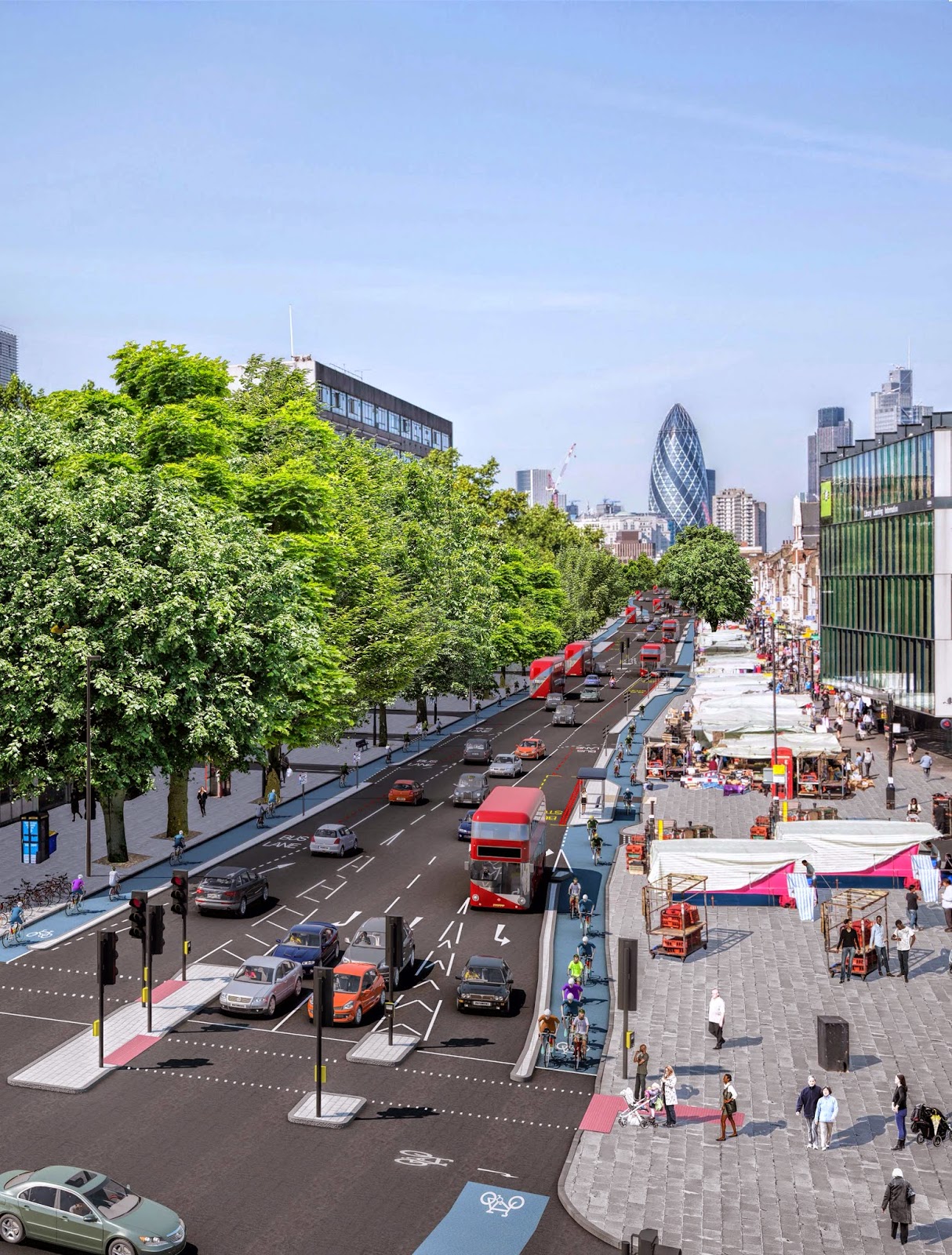 Over 8 Londoners have been killed my people driving motor vehicles on this stretch of road in the last few years. Moreover, I know from personal experience of trying to visit a friend in Mile End that Whitechapel Road, which then becomes Mile End Road, is the only way to get out into this part of East London. So it's essential that we make this route safe for anyone on a bike to use, and this what these plans largely will do. 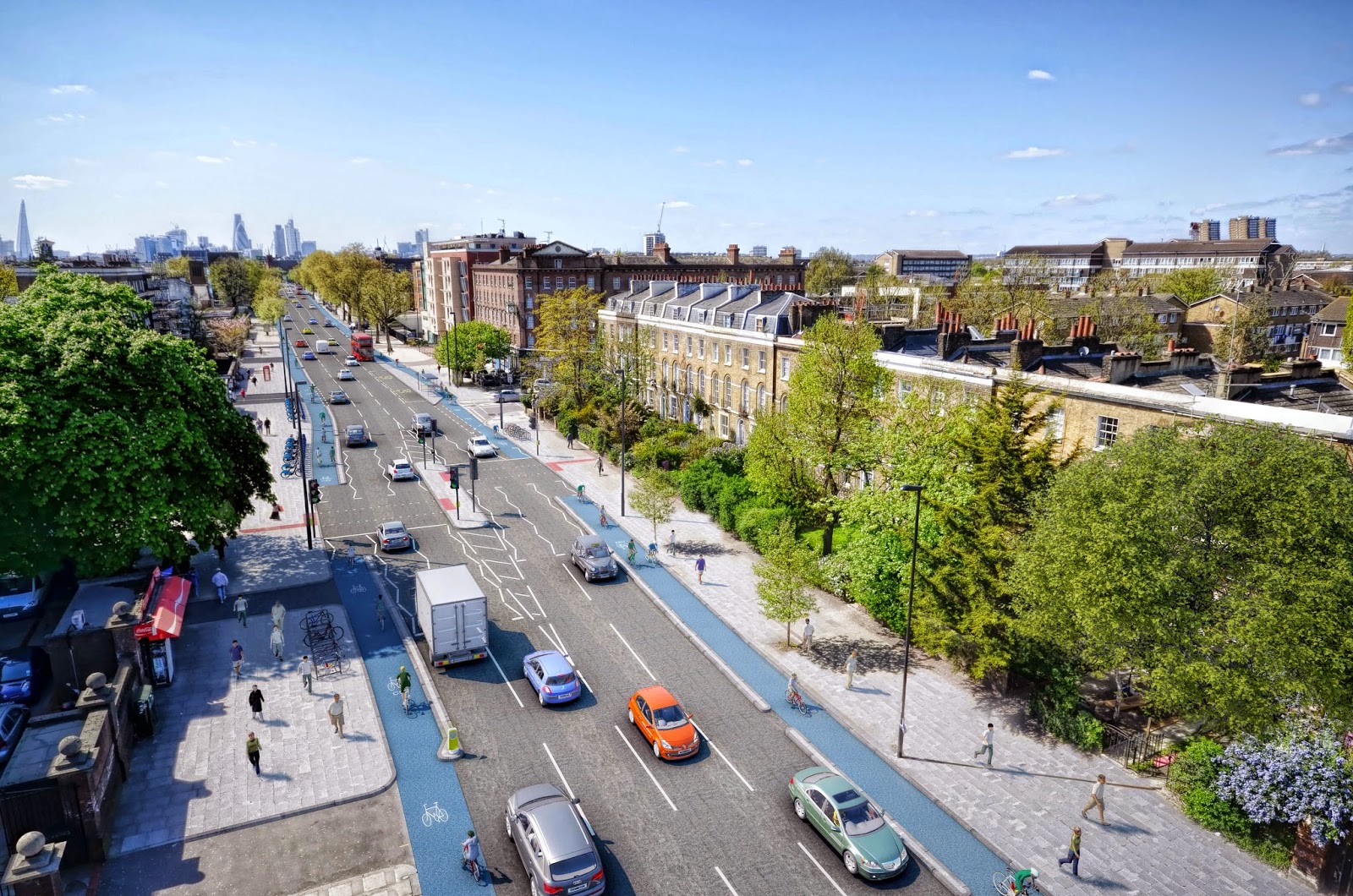 Like the North-South and East-West cycle highways, these new plans for the CS2 running from Aldgate to Bow would completely transform cycling in this crucial part of London. But because they would slightly increase motor traffic journey times on these specific routes, and because much of London and the UK is still run but a maniacal motor lobby that will accept no increase, not even the slightest, to their journey times (nor even the smallest reallocation of road space), it's extremely important that everyone takes time out of their day to respond to TfL's consultation and show widespread public support for the plans.

The Consultation on the Cycle Superhighway 2 [CS2] upgrade plans is available here.

This route is again a game-changer for cycling in London, providing segregated cycle tracks running along Vauxhall Bridge and then through the middle of the awful Vauxhall gyratory, cutting journey times for those on a bike, but more importantly making it much, much safer. The consultation for it has now closed but you can still contact TfL by email on the issue at: consultations@tfl.gov.uk.

This cycle route from Belgravia to Oval also important to place the East-West, North-South, and CS2 upgrade plans within a wider perspective. TfL is trying to build a real network of segregated cycle routes which is sort of completely amazing when one considers the woeful blue-paint-in-bus-lane that they rolled out back in 2010. There's been a complete step-change in their thinking, their planning, and their proposals, and it's important that any Londoner who has any interest in ever riding a bike to get from A to B gets behind TfL at this crucial juncture and says, 'yes, this is exactly the way to do it. No more half-arsed fudges please.'


What Businesses Can Do

London First, an organisation which claims to represent businesses in London, has come out against TfL's plans for segregated cycle lanes, citing spurious argument that don't add up. These include that the plans will lead to 'increased pedestrian crossing times', when in fact the timings for all of London's traffic lights are controlled electronically by TfL and therefore pedestrian crossing times depend on when TfL want you to cross, not if there's a cycle lane or not. Another gripe from the limo-from-Chelsea-to-Canary-Wharf-and-back lobby is that these plans will making things 'more dangerous' for pedestrians, cyclists, and motorists. Again, this is baloney. Separating slower-moving cycle traffic than faster, wider motor traffic can only make things safer for both parties, as well as discouraging pavement cycling, and distancing motor traffic from the pavement which is only going to make things safer for pedestrians.

This sustained, well-financed campaign of misinformation needs to be combatted, so if you work for a London employer please consider asking them to publicly back the Mayor's plans by signing up via this website: http://cyclingworks.wordpress.com/


It's incredibly important that we all show as much public business support for these plans as possible. Danny Williams, who writes Cyclists in the City, has blogged about the issue in detail here: http://cyclelondoncity.blogspot.co.uk/2014/09/how-you-can-help-make-londons-planned.html 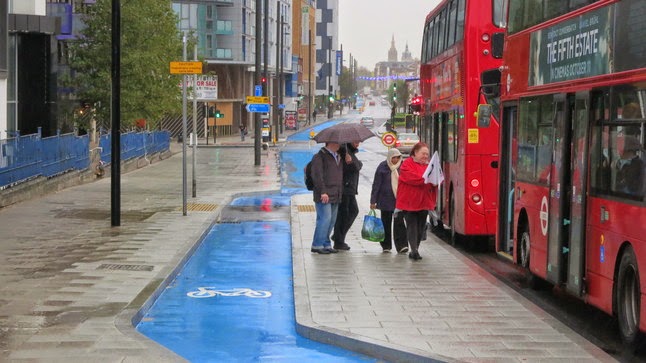 TfL built the Cycle Superhighway 2 extension last year after consulting on their plans just as they are doing now with the East-West routes et al. It's worth remembering that though bits of it could definitely be improved (i.e. protection from motor traffic at junctions and lowering the intimidatingly high curbs on either side of the cycle path), the CS2 extension is largely a safe and pleasant route to use. There's no reason to think that all the other planned cycle highways wouldn't be too. In fact, the plans for the newer routes are largely regarded as being an improvement, in terms of design and safety, on the Cycle Superhighway 2 extension from 2013.

We need to get behind these new routes, and get behind the man who has turned what organisations like the London Cycling Campaign have called for, into concrete plans; Andrew Gilligan. In the video below, filmed at the London Cycling Campaign's big May demonstration ride through London, Gilligan says 2014 a 'test of strength'. These plans are ambitious, but need our democratic voices to be made a reality.

Let's not be found wanting.