Two very big pieces of news for those that want to travel around London by bike in safety, and at least relative comfort: 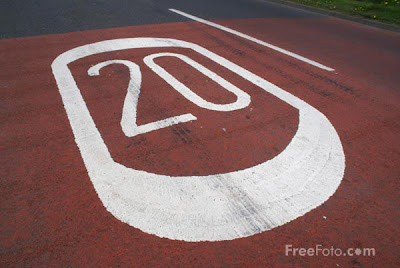 Firstly, the City of London has officially gone 20mph with City of London police happy to enforce (Evening Standard article). This is a massive success and will make the whole area significantly safer for walking and cycling. It also shows that 20mph is not a 'left-wing-thing'. The heart of business in London, in fact the heart of business in the UK (and probably Europe) has backed 20mph because it makes sense in terms of saving lives and it makes sense economically.

The councils of both Westminster and Kensington & Chelsea now have absolutely no excuse whatsoever for not introducing at least a residential 20mph limit, if not a borough-wide 'Total 20' policy. Even if they are diehard Conservatives, that doesn't mean they should let Londoners be killed in their borough by inhumane traffic planning policies.

Secondly, a few days ago Boris Johnson wrote to the London Cycling Campaign, in response to the Space For Cycling protests which the LCC have organised, promising major improvements to:


This great result shows that BBC's Tom Edwards was right to say that the LCC now have 'teeth'.

City Hall are right to be worried.
Posted by Unknown at 14:11