Seasonal best wishes and even more consultations for us all to fill in!

It's great that the City are consulting on this but they are currently planning on building loads and loads and loads of pavement, and no #space4cycling. They should change their plans so that reclaimed road space is used to create dedicated and separated cycle lanes not just massive pavements. Otherwise they will have huge amounts of conflict between bicycles and cars, and bicycles and pedestrians, resulting in unnecessary injuries and deaths.

Two options being considered for the St Paul's gyratory..

Neither of which contains a shred of #space4cycling. This is atrocious and the design need a complete rethink and dedicated cycle lanes should be added. 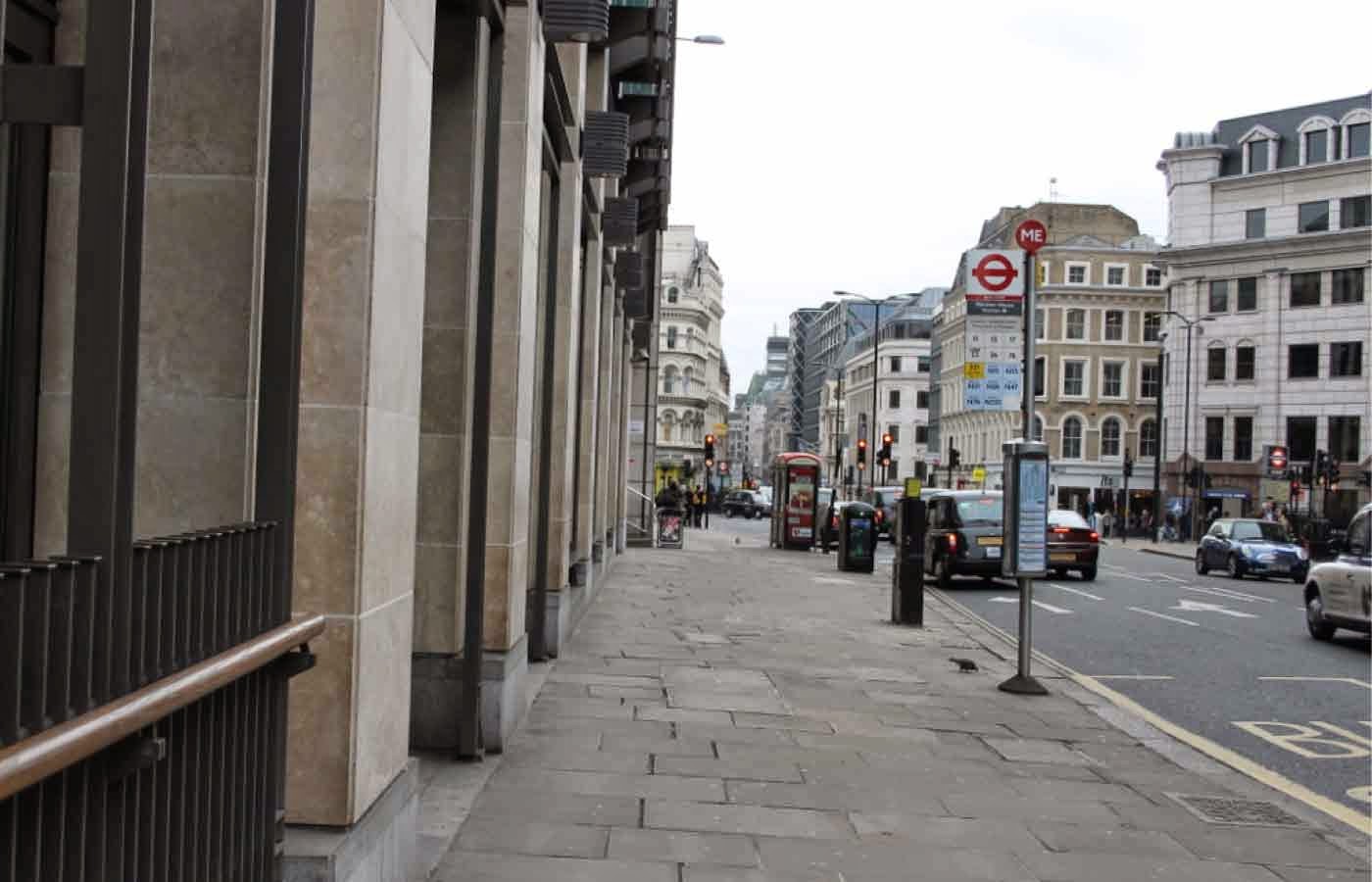 The City are also consulting on changes to a number of adjoining streets, including Cannon Street (pictured here). Again, there are no cycle facilities on these streets at present and that means they are dangerous. Three people have been killed cycling in the Square Mile this year alone. The way to stop people being killed in the future is to provide dedicated cycling facilities, not try and use cyclists as human speed bumps (as the City currently attempts to do, particularly on Cheapside).

This is a rather large consultation on what TfL should do with the whole Vauxhall Cross area over the next few years, particularly with regard to removing the 1960s gyratory which they appear keen to do. Fortunately the powers that be at TfL have recognised that the CS5 cannot be postponed for another 3 years while gyratories are removed so that Cycle Superhighway will be built immediately, with overall Vauxhall Cross plans being integrated at a later stage into the cycle superhighway design.

Here is the current layout of the area, complete with some very poor (or either non-existent) cycling facilities: 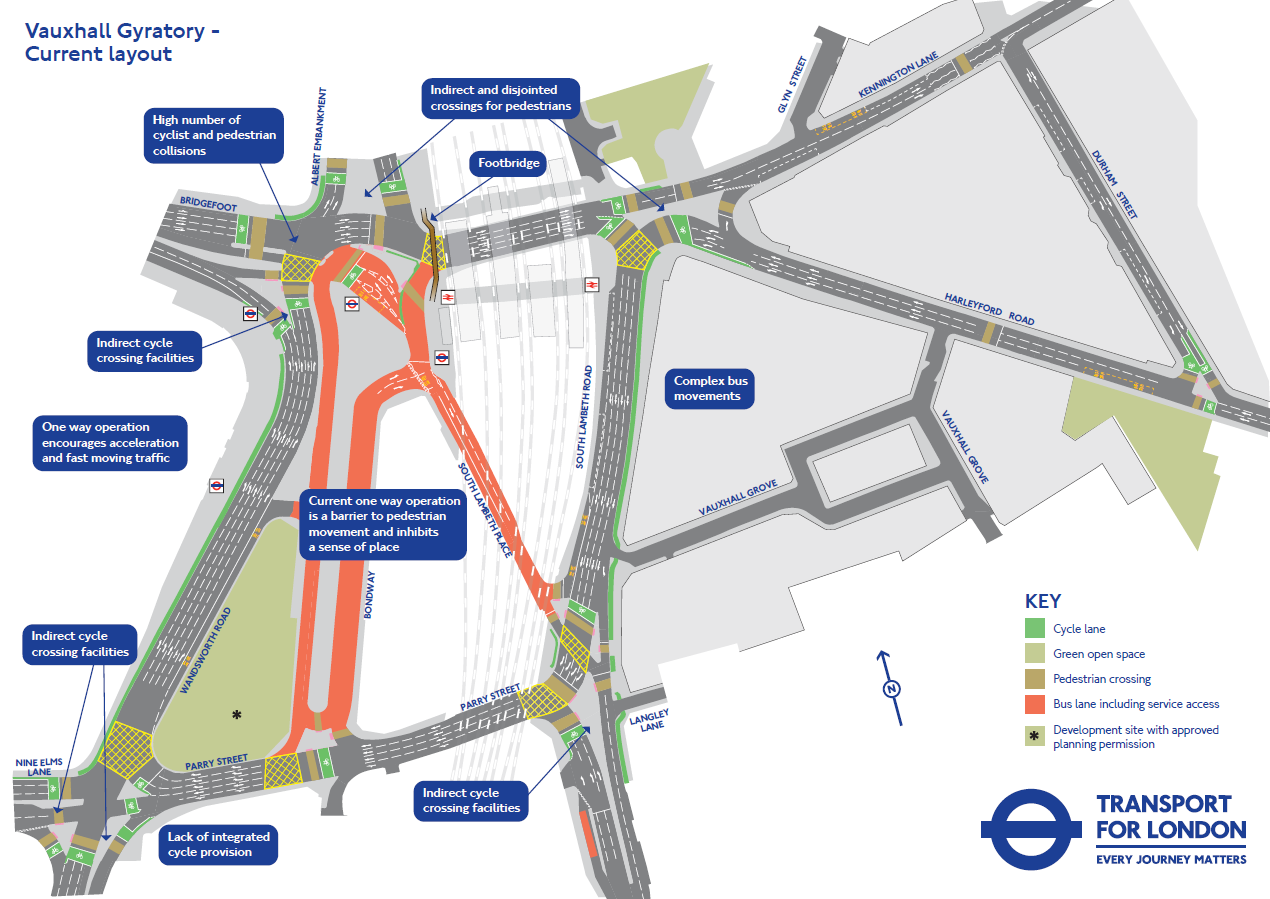 And here are the proposed improvements: 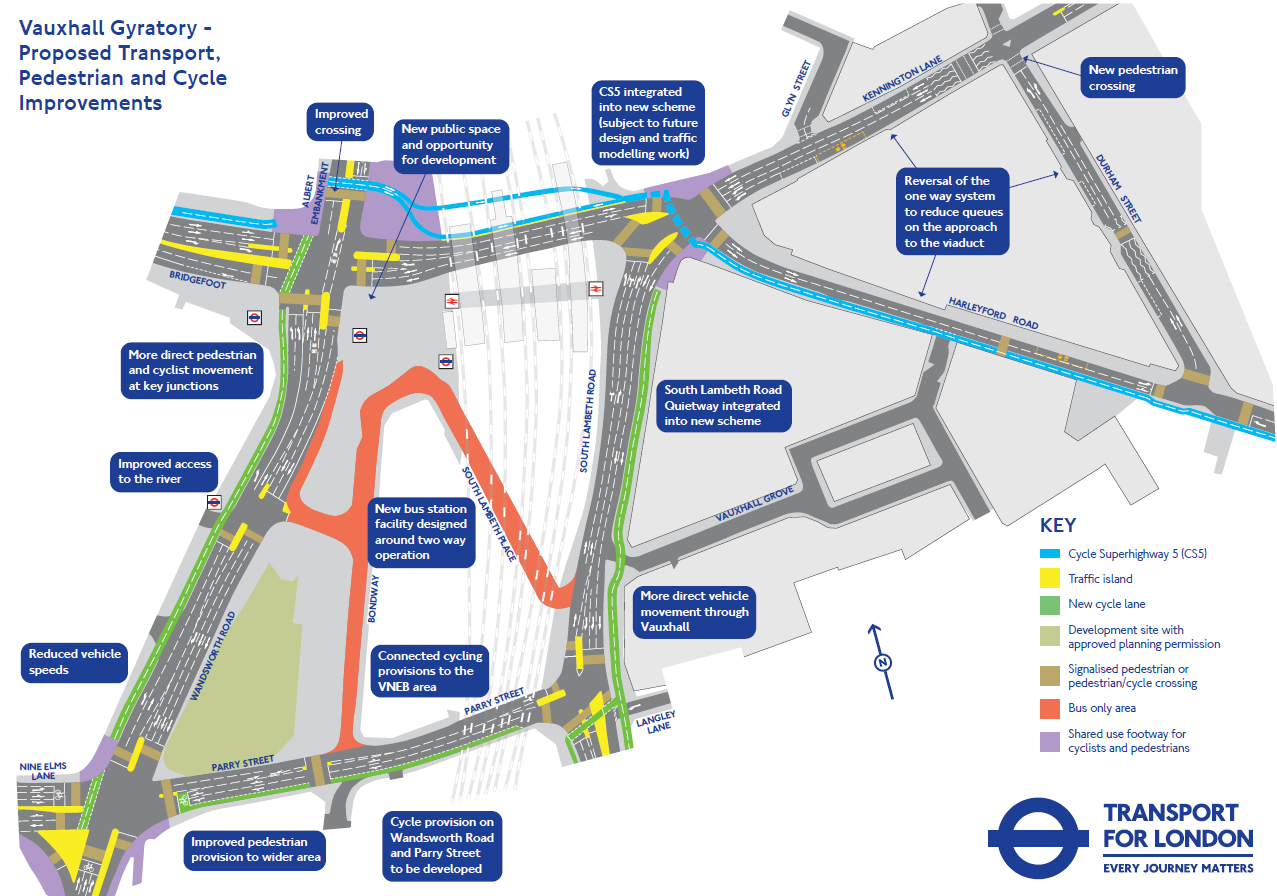 And a rather inspiring TfL artist's impression of what the new layout will look like, complete with a lovely wide separated bike track and a woman cycling on it who isn't wearing a helmet, and even looks quite normal!


The plans are definitely an improvement but still contain many flaws. More could be done to make the area appealing for cycling and walking,  such as making the whole area 20 MPH (like the Waterloo IMAX Roundabout now is) or by building dedicated cycle tracks on both sides of Parry Street and making these segregated cycling facilities run continuously through the junction onto Nine Elms Lane (using special cycle-only traffic signals if necessary; as is done in Denmark).


And a final thought... Why does TfL never consider the convenience of changing between cycle and bus/rail/underground transport connections? (especially when deciding the location of cycle hire docking stations?!)

A survey on the Vauxhall Cross consultation asks Londoners to rate the importance of "Convenience of changing between bus, rail and underground". Cycling isn't included. It should be. The ease of interchange from cycling to another mode of transport can be the factor which determines if someone decides to cycle at all for their journeys around London.